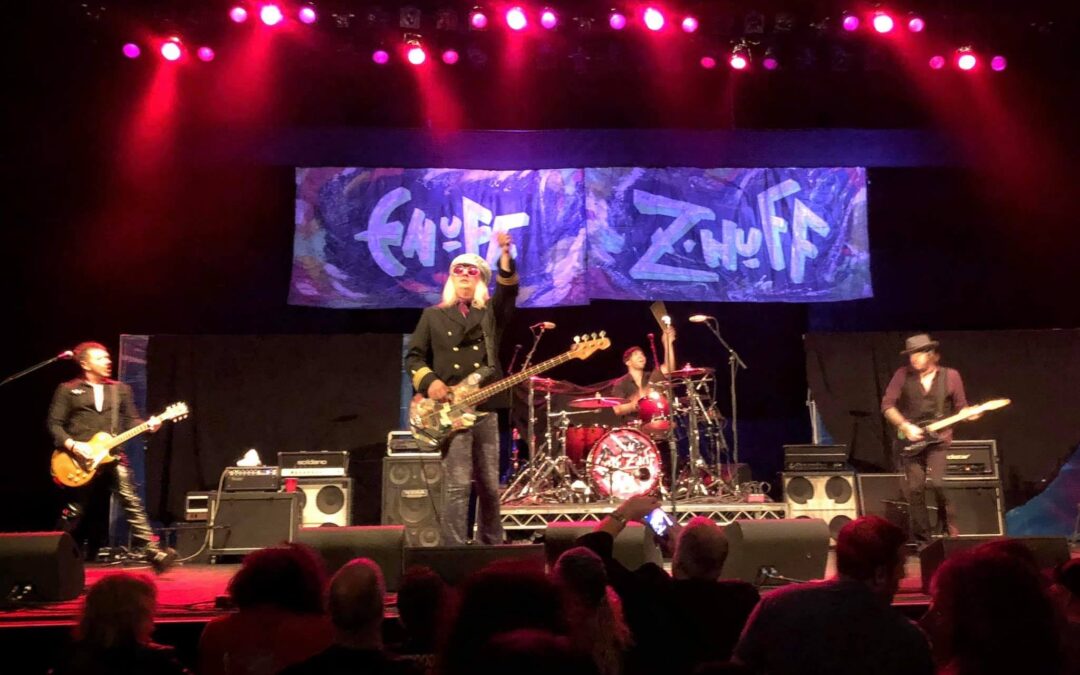 Enuff Z’nuff are the living, breathing example of what a rock/pop group should be. The band was formed in 1984 in Blue Island, Illinois. Its first release, Fingers On It, gave the band some initial recognition when the track was featured in the 1986 cult movie, Henry: Portrait of a Serial Killer.

By 1989, original members, Chip Z’Nuff and Donnie Vie, were joined by guitarist Derek Frigo and drummer Vikki Foxx. The band had signed with Atco/Atlantic Records that same year and released their debut self-titled album. The album spawned two singles that were to change the course of the bands history, New Thing and Fly High Michelle. Both songs were played constantly on radio, and gained heavy rotation on MTV spending over 60 weeks in the top 10.