Smells Like Nirvana at Danenberger Family Vineyards with Dead Original 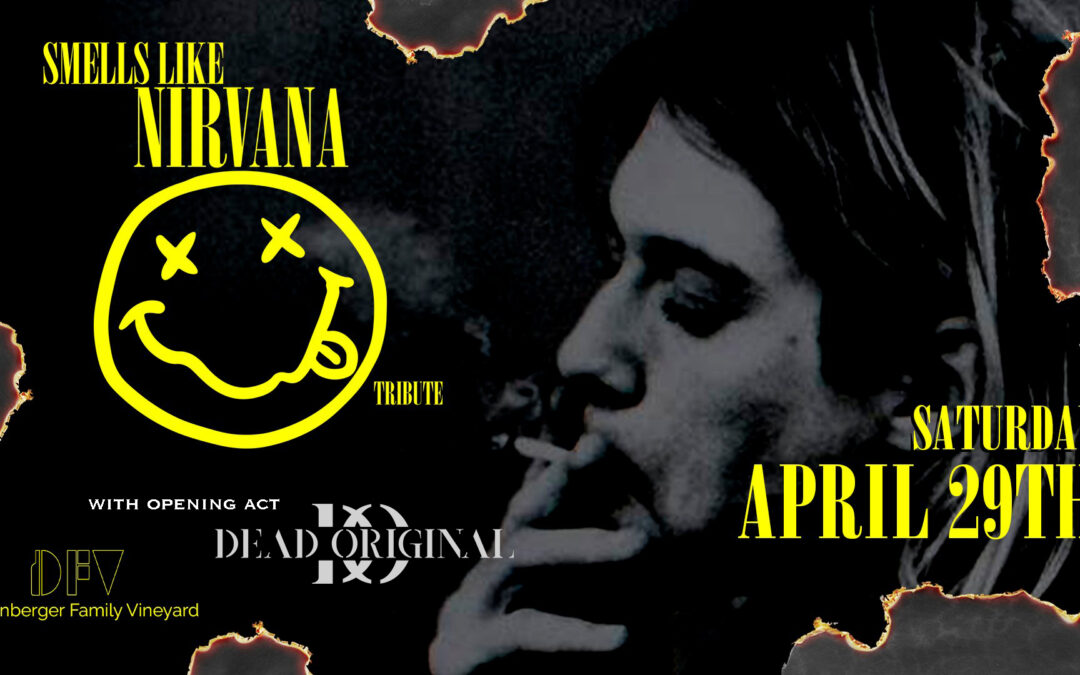 No outside food or beverage is allowed in
Full bar and food menu available from venue
No Refunds
Tickets are $5 more the day of the show plus all applicable taxes & fees.

Composed of seasoned pros and DIE-HARD FANS of Nirvana, Smells Like Nirvana’s live tribute to Nirvana is a haunting episode of grunge filled angst and rock prowess played without click tracks or backing tracks a trait that is rare in today’s contemporary musical landscape, a trait and philosophy that Nirvana lived by.

Dead Original is the new hard rock trio w/ grunge undertones from Chicago, IL started by Paul Wandtke whom got his start in the music industry as a work for hire drummer over the years drumming for such acts as Trivium, Kill Hannah and even the hit musical Rock of Ages. Feeling inspired to pick up a guitar after always feeling like something was missing in life, he now fronts Dead Original with Joey Kus on drums and Mike Petrasek (Bedlem) on bass. Dead Original is a blend of grunge, groove power, simple riffs, melodic hooks and some progressive elements via some tastefully placed odd meters. Their motto and creed is #grungelives #makerockgreatagain #makegrungegreatagain